Tonsil stones affect over 10 percent of the population or potentially much more because many people treat the condition themselves. Tonsil stones are unsightly, uncomfortable and cause bad breath, which may affect your self-confidence.

Listerine usually contains alcohol which dries out the mouth and isn’t good for tonsil stones. However, they may have actually come out with an option that is able to compete with TheraBreath (my usual recommendation).

LISTERINE® ZERO™ is the most effective against tonsil stones because it is alcohol-free and incorporates antimicrobial essential oils without harming the good bacteria in your mouth. Listerine Zero’s active ingredients kill bacteria and inhibit the biofilm development associated with tonsil stones.

Why Is Listerine Zero the Most Effective Against Tonsil Stones?

Listerine Zero is the most effective against tonsil stones because it inhibits the growth of 34 bacterial strains that may collect in your oral cavity. In a clinical study, Listerine exhibited a bactericidal effect in both the saliva and the dental plaque after only 30 seconds of exposure.

Non-alcoholic Listerine harnesses the power of essential oils such as thyme, Mint, Eucalyptus, and wintergreen to effectively eliminate harmful bacteria without destroying the beneficial bacteria in the mouth and throat, which we wrote about in our article on herbs for tonsil stones.

When debris lodges in your tonsil cavities, it invites bacterial activity that leads to calcification or stone-like tonsolilloth formation.

The physical action of intense gargling, especially after meals, helps dislodge the particles of food, mucus saliva, and dead cells that may collect in your mouth during the day.

Listerine Zero contains no alcohol, which can increase the chances of tonsillar stone formation as well as increase the severity of tonsil stone conditions.

Alcohol affects your oral health in several far-reaching ways and may be conducive to the development of tonsolilloths.

Alcohol effects that lead to tonsil stone formation include:

Listerine Zero contains a combination of essential oils that act together to target the biochemical functioning of microorganisms and increase the antimicrobial action of the mouthwash.

Harmful biofilms such as tonsil stones act as a community of deleterious bacteria that protect themselves from medications such as antibiotics.

Essential oils work together to inhibit and control the proliferation of harmful bacteria and fungi that collect on the debris collected in tonsil crypts that lead to tonsil stones.

Once the tonsil stone is established, the bacteria that live in the biofilm then release volatile sulfur compounds that lead to halitosis or bad breath.

The proven action of essential oils in inhibiting pathogenic microorganisms is usually a more holistic and natural remedy. It leaves more of the beneficial bacteria intact while acting on harmful bacteria.

Methyl salicylate is an organic ester produced by several species of plant, particularly wintergreen oil. Wintergreens in the Gaultheria genus are sourced for their methyl salicylate, which offers a mint-like flavoring and multiple oral health benefits.

Thymol is a natural component of thyme oil from the Thymus vulgaris plant and has a broad range of beneficial functions. Thymol is an animal repellant, pesticide, fungicide, disinfectant, and virucide.

Another practical function of thymol is antimicrobial action against common pathogenic bacteria in the human mouth, such as the Staphylococcus mutans, which is implicated in the occurrence of chronic tonsillitis, a known causative factor in the formation of tonsil stones.

Thymol is effective against tonsil stones and their associated bad oral odor by:

Eucalyptol benzoic acid (EBA) is an extract of the Eucalyptus tree and offers a variety of beneficial functions such as acne, diabetes, arthritis pain, and fever.

Beyond the pleasing camphor smell of Eucalyptol, it also has benefits in terms of oral health and the formation of tonsil stones.

Menthol, derived from peppermint oil from the Mentha Piperita and used widely as an antiseptic as well in oral care products formulated to combat halitosis and oral disease.

Methyl salicylate’s main antimicrobial action is due to the fact that they are hydrophobic (repel water), which increases their ability to permeate harmful microbial membranes and create cellular leakage.

Although the act of gargling with the ingredients listed above can help to dislodge and reduce tonsil stones, there are some more severe cases that require additional aid.

Let’s take a closer look at some of these additives and how they work.

Sodium lauryl sulfate (SLS) is typically derived from coconut and palm oils, although it does have a more acidic petroleum-based counterpart commonly used in detergents.

Although there has been speculation that SLS is harmful, the FDA considers it safe for consumption as a food additive.

Here’s how it works to prevent tonsil stones:

Zinc acts as an essential antioxidant in the human body to combat oxidative stress that leads to oral disease and ill health.

Zinc chloride also inhibits volatile sulfur compounds that mark the presence of the foul-smelling tonsil stone condition. It also maintains its elevated levels on plaque biofilms and saliva for an extended period after gargling, prolonging its beneficial effects against tonsil stone formation and bad breath.

An FDA-approved food additive and preservative, sodium benzoate is a combination of benzoic acid and sodium hydroxide. In a clinical study on several of the most prevalent pathogenic microorganisms present in food, sodium benzoate is the most effective antimicrobial, and antibiofilm in the broad spectrum of the several preservatives studied in the test.

Fluoride acts to reduce the acid tolerances of harmful bacteria by disturbing their normal activity across cell membranes. Sodium fluoride is an effective bactericide against S.Mutans which is unusually sensitive to fluoride.

There is an interesting effect that fluoride has on tonsil stones, too. Fluoride helps to harden calcified tonsil stones, which makes them easier to dislodge and remove in some cases. However, this isn’t always desired.

Best Time To Use Listerine Zero

Poor dental hygiene is one of the primary contributing factors behind oral disease and conditions such as tonsil stones.

Therefore, mouthwash alone won’t really help you in your fight against the bacterial build-up that leads to tonsil stone formation.

Listerine Zero should be used in conjugation with your oral health routine such as:

How To Use Listerine Zero

The Listerine site recommends that you always follow the dosage and instructions on their mouthwash products. In addition, they suggest that you use the mouthwash twice daily as the effects of their mouthwash last 12 hours and twice a day keeps you covered from bacterial activity.

The dosage instructions are:

Listerine has ingredients that not only tackle the harmful bacteria in your mouth and throat but also harness the power of essential oils that protect your mouth’s delicate biome from imbalance.

This is a welcoming addition to the available options in mouthwashes that help fight off tonsil stones, as I usually recommend TheraBreath.

Ensure you use mouthwash in conjunction with your dental hygiene ritual for best effects against tonsil stones and their associated bad breath.

link to 5 Best Probiotics for Tonsil Stones That Actually Work

Tonsil stones are an embarrassing problem. They can cause tons of discomfort, and they are hard to get rid of. It's also difficult to find tonsil stones treatments that will actually work for...

Although tonsil stones are rarely serious, they are be unsightly, uncomfortable, and cause secondary conditions such as halitosis so bad your friends and family may consider a restraining order.... 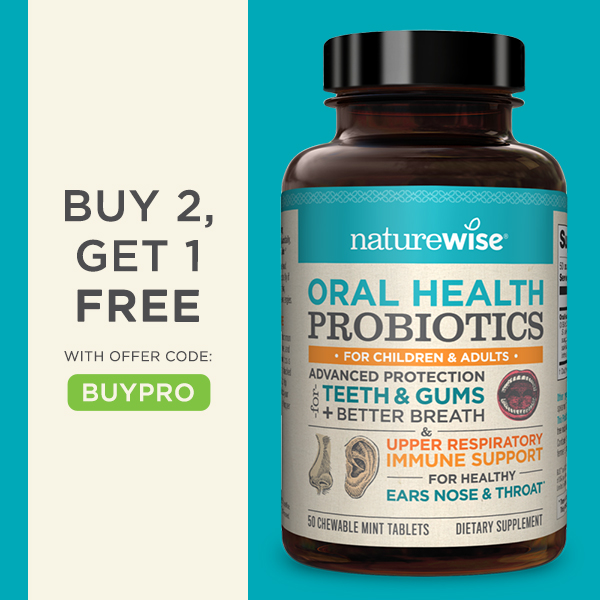